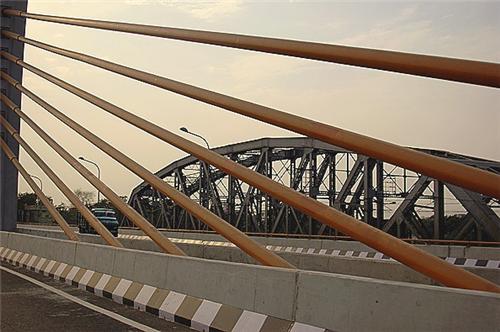 Bally is a small city located in Howrah in West Bengal. Parts of Bally Municipal Corporation is included within Kolkata Metropolitan Development Authority. The Town has historical importance. Bally is located on the banks of River Hooghly near the Belur Math. Across the river lies the famous religious place of West Bengal, Dakshineswar Temple, dedicated to Goddess Kali and famous for the association of Ramakrishna Paramhansa. Pin Code of Bally is 711205. Its Postal HO is Samabaypalli. Places like Ghusuri, Belur, Bankra, Liluah are very close to Bally within 5 km distance. Other important places around Bally are Kamarhati, Baranagar, Panihati etc.

About more than 300 years back, Bally was inhabitable as it was a marshland. The fishermen belonging to Malo and Patni Castes and few Muslims inhabited the place. They used to earn livelihood by selling fishes and fishing equipments. They also offered ferry services in lieu of money. As the area was covered with sands and lots of sand dunes used to be there, it was given the name “Bally”. In Bengali, Bally means sand. People started living in Bally about two and half centuries ago.

Location of Bally is on the north-eastern edge of District Howrah. Bally is situated on the banks of famous Hooghly River of West Bengal. Kolkata is the nearby district and city of Bally. The climate of Bally is similar to that of Kolkata. It is hot tropical climate with very hot summers and moderate winters. Monsoon starts in June and continues till September. The location of Bally is 22.65°N latitude and 88.34°E longitude. The elevation of Bally is about 49 ft above the mean sea level. Bally in Howrah District and Uttarpara in District Hooghly is separated by a canal (man-made), Bally Khal.

Bally is surrounded by River Hooghly and the Grand Trunk Road on the east. On the north is the Bally khal and Uttarpara. On the west of Bally, Belanagar is situated and Belur lies on the south of Bally. Bally is divided into 4 major divisions.

This part has many man-made water bodies otherwise known as Jheels. The areas in this region are Sahebbagan, Rajchandrapur, Samabaypalli, Makaltala etc. It is mainly inhabited by Bengalis of middle-class. These areas are included in the gram-panchayat of Durgapur-Abhyanagar.

It houses the famous religious place, Burimar Mandir. Other places are Haptabazaar, famous market place and the Bally Jute Mill.

After partition, Nischinda of this area had huge numbers of refugees taking shelter here and that is why still this place has mixed culture and practices of east and west Bengal. The places are Anandanagar, Ghospara, Nischinda.

This is the main commercial hub of Bally as the most important market of Bally, Bally Bazaar is located here. Most of the important historical places as well as administrative offices are situated here. One of the major attractions of this area is the Meckel’s Saraswati Puja. Bally Library, Police Station of Bally etc. are located here. The important places of Bally included in this area are Badamtala, Chaitalpara, Dewangaji, Pathakpara etc.

Places to Visit in Bally

Bally is known for its numerous religious spots. People from Kolkata, Hooghly and other places of West Bengal and outside visit Bally for its numerous temples out of which some are more than five hundred years old. Kalyaneshwar Mandir, a temple with Lord Shiva as main deity is the main attraction of Bally. The temple is very old (about 500 years) and many devotees and common tourists come here every year. There are other temples surrounding the temple premise. These are dedicated to Lord Hanuman, Ganesha, Vishnu and Goddess Kali. The important places to visit in and around Bally are:

Bally is primarily inhabited by Bengalis so food habit remains that of the Bengalis. The main staple food remains rice and fish and as it is located on the banks of River Hoogly, supply of fresh fish is available here. Urbanization has influenced the food habits of youngsters and others in Bally. With many fast-food joints and restaurants already in Bally, food items like rolls (egg, mutton, chicken), batter fry, commonly known as “Telebhaja” in Bengali is very common.

Batter Fry is made with boiled potato, brinjal or onion with a batter of gram flour (besan). Jhal Muri with telebhaja is a favorite food item of people especially during winters and rainy season. With time, demands for Chinese dishes (Fried Rice, Noodles, and Chilly Chicken etc.) and Moglai dishes like Biryani, Chap etc. are also high and many eateries and restaurants offer them at reasonable price.

Culture of Bally is almost similar to the cultural practices of Howrah District. The majority of people residing here are the Hindus so festivals like Durga Puja, Diwali, Bhai Dooj, Shivratri, Holi etc. are celebrated with great pomp. Rabindra Jayanti(Birth date of Rabindranath Tagore) is also celebrated through various cultural programs. Mahashivratri is an important festival of Bally. Thousands of devotees flock at the temples to offer their respect to Lord Shiva. Another important festival or event that is celebrated with great pomp in Bally is the “Charaksankranti”.

It is celebrated on the last day of “chaitra”. Fairs are organized and devotees show many courageous activities on this day i.e. walking on fire, putting pins in the tongue etc.  After the Charak Sankranti, people welcome the “Bengali New Year”, Poila Boishak that falls on the next day. Bally has many inhabitants from Bihar and Punjab so culture and other social practices of Bally has been influenced by the ritual and social practices of these residents as well. 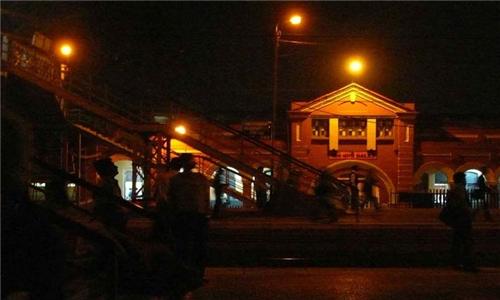 Bally is well connected to its adjoining areas especially Kolkata and Hooghly through rail and road and water. The nearest airport of Bally is the Netaji Subhas Chandra Airport of Kolkata which runs domestic and international flights.


By Road
Bally has the GT Road or Grand Trunk Road passing through it. Bally has connection to the northern shores of River Ganges through Bally Bridge (now known as Vivekananda Setu). People could also travel through another bridge called 2nd Vivekananda Bridge (known as Nivedita Setu also). The distance between Bally and Kolkata is only 10 km.


By Rail
Bally has three important railway lines connecting it to the rest of the places. These lines are- Bardhhaman Chord, Howrah-Barddhaman and Sealdah Dankuni.  The railway stations serving people of Bally and around are:
By Water
Bally offers ferry service as it has a Ferry Ghat named Bally Ghat. Launches ply from and to this ferry ghat frequently serving a large number of people especially office goers and student on weekdays.