Kolkata and Bally, a suburban area of Howrah District gets connected through a bridge, Vivekananda Setu that is more than seven decades old. Though it allows about 24,000 vehicles to run over it every day, some places of this bridge are beyond repair. Since its construction, damages have occurred in several places of the 76 years old Vivekananda Setu.

Though it remained closed for repair work, some places of the bridge could not be repaired the way they should have been. This forced the authorities to construct another bridge that could connect Bally with Kolkata and its surrounding areas and create some more connectivity to the industrial belts in the extended parts of Kolkata. 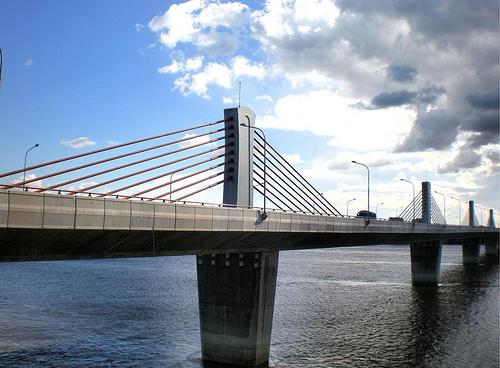 That is why Nivedita Setu was constructed just parallel to the Bally Bridge or Vivekananda Setu.

Nivedita Setu was constructed parallel to the Bally Bridge and the design of this bridge was made in such a way that it could allow about 48,000 vehicles to travel through it every day.  In future the numbers of vehicles running on the bridge may increase to 145,000. The bridge got its name after Sister Nivedita, the famous disciple of Swami Vivekananda, the famous monk from India. Construction of the bridge was a challenge because under no circumstances, the view of Bally Bridge (now Vivekananda Setu) could be ruined.

The need was to construct a bridge that could allow more numbers of vehicles (the older bridge had the capacity of 24,000 vehicles a day) for at least about next 50 years. The prerequisite was to design the new bridge in such a way that it should not lessen the importance of the world-famous temple, the Dakshineswar Temple, located in the close vicinity of the bridge. The total cost of this bridge construction came out to be Rs. 6,500 millions. The bridge construction project was given to the famous construction company, Larsen and Toubro. The constructed started in 2004 April and it was opened in 2007 July.

To make the bridge strong enough to be used by heavy vehicles and to increase its life, foundations of the bridge go deep down the river bed. . Nivedita Setu is constructed on single place, supported by cables and has 7 continuous spans, each about 110m and 2 spans of 55m, making the total length of the bridge 880 m. The width of the bridge is about 29 m. There are 6 lanes on this bridge so that high speed traffic is possible.

The carriageway of this bridge is provided with 254 pre-stressed girders made of concrete. To provide additional support to the bridge, there are cables extended from 14 meter pylons. Nivedita Setu is considered as a wonder bridge in India for its unique design and construction making it the first in the list of single profile cable supported bridges. While designing, the height of the bridge columns is kept lower than that of the Dakshineswar Temple’s tip. 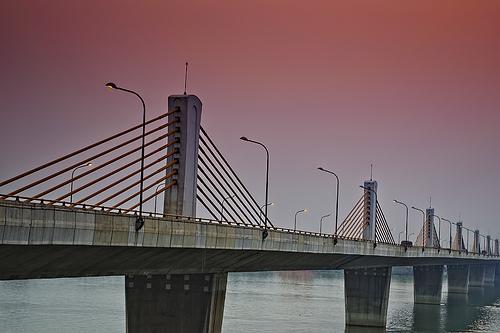 The main bridge has 16-lane toll plaza. In future it may be extended to 20 lanes. While constructing the Nivedita Setu, precast segments for the entire viaduct length were used. For the first time, external pre-stressing has been done longitudinally.

The length of the crossing is about 6.1 km and the stretches are partly on the embankment and partly on the stilts. The entry and exit area are designed and constructed for smooth traffic. From the bridge, Howrah is about 3.67 km away and from Kolkata, the distance is about 1.56 km. The toll plaza is located near the Howrah side of the bridge.

SVBTC (Second Vivekananda Bridge Tollway Company) was the concessionaire company of the second Vivekananda Bridge or Nivedita Setu. The planning for this second bridge actually started in the year 1993 and feasibility study has been performed. SVBTC has a number of national and international companies of consultants, developers and builders including L & T being the local co-sponsor for construction of the bridge and IJM Corp., Malaysia being the strategic partner in the project.

Connectivity of the Bridge 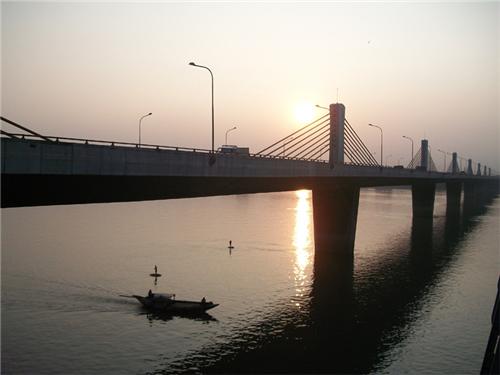 With the construction and opening of Nivedita Setu for the public, traveling condition in this area and surrounding has improved a lot. It is able to control regular traffic congestion of the area. Now people could access Dankauni area as well as Uttarpara and western part of Howrah District without any hassle. The areas like Barasat, Titagarh, Kamarhati, Barrackpore, and Panihati have been easily connected to the regional as well as national roadways and movement of passengers and freights become affordable, fast and hassle-free.

Now it is easy to connect the areas of Burdwan-Dankini to the IT-hub of Kolkata, Rajarhat, New Town and Sector V of Salt Lake. Traveling to and fro the International Airport of Kolkata is also very easy. After the completion of Eastern Link Highway (a proposed project), it would be possible to have a circular road around Kolkata City linking the bridge and the Belghoria Expressway. With the help of the circular road around Kolkata, Kolkata Port area gets connected to its western side through 2nd Hooghly Bridge (Vidyasagar Setu) and National Highways No. 2 and 6.

The Nivedita Setu, Bally, is an architectural wonder. The Americal Segmental Bridge Institute, USA had given the “Award of Excellence” to Nivedital Setu. For the heavy and light vehicles plying on this bridge, toll charges were to be given. Nivedita Setu is considered as a unique bridge project in terms of size, finance modes, design and construction technologies. The combination of box-pushing, balanced cantilever and segmental construction has been used together in constructing a bridge which has never happened before.

The entire credit of the bridge construction within time schedule and budget goes to SVBTC and its associates that has well-qualified and experienced managerial people and technical experts.